Dates like Friday the 13th may make some people want to try the Euromillion or Loto jackpot, but beware real or online gambling can make you addicted: a man ruined by his addiction had taken the necessary steps to be banned casino in France but the problem is that websites mainly hosted abroad escape this control. So this man who had succeeded in overcoming his addiction plunged again because of online casinos. This low-income person would have lost more than 30,000 euros in these video slots.

In this cycle of credit to be repaid, marital separation and even suicide attempt, in this desperation this person filed a complaint in European justice against the state of Cyprus, which hosts the majority of these online casino sites. Because in France he has undertaken everything: ban by the Ministry of the Interior of casino entrances, registration on approved online betting sites, but the big problem is that the sites that he calls into question escape all scrutiny.

French jurisdiction because hosted abroad, powerless to face this scenario, the ARJEL (Regulatory Authority for Online Games) can only give advice to players. Doctors explain that like all addictions like tobacco, alcohol, sex, we always find the same mechanism, which is to say that it is difficult to stop alone without help.

In France alone, thousands would have fallen into this addiction, but it is difficult to put forward a reliable figure because few dare to talk about it and very few push the door of an addiction specialist. According to the reference center on excessive gambling, there are 1 million players who have problematic behavior.

What is going on in the brain?

Pathological gamblers suffer from a real addiction, without coming into contact with any drugs. On the neurological level, all addictions have in common a specific part of the brain which is the limbic system also called the emotional brain, a very specific area of ​​the brain that tells us about the body’s needs such as fatigue, hunger, thirst, feeling cold, this area similarly receives satisfaction during social or even sexual contact.

This information is then transmitted to another part of the brain which is further forward, towards the forehead, this passage will form a circuit which makes it possible to judge all the pleasant actions that we perform.

This is called the reward circuit. A circuit that needs a chemical messenger called dopamine, this dopamine is the substance of pleasure and reward, the brain secretes each time an experience is pleasant, this substance is very useful for learning, to find out what is bad or good for the body.

But this circuit can get carried away and go wrong and prompts the player to repeat a behavior that elicits this satisfaction, gambling therefore becomes a compulsive, that is to say, irrepressible need. This behavior is not due to a drug but to a disruption of the circuit. 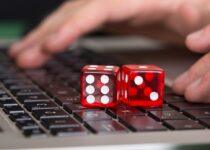 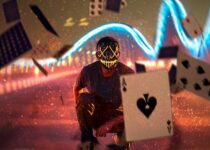